Art Direction, Design and Motion
as a personal project.

At Saatchi & Saatchi I had the opportunity to lead several aspects of the 2014 Pan-European Launch campaign for the new Toyota Aygo. Working from idea to the execution, this is probably one of the biggest projects that I‘ve ever worked, which lasted in total 3 years, divided into 3 different phases: Launch (early 2014), Sunroof release (early 2015) and X-Cite (mid-2016).

With a brief to create a non-conventional campaign to attract a younger audience, Todd and Britanny came up with the Go Fun Yourself concept, which was in line with the playfulness mind and customisation potential of the car.

On the visual side, my task was to create a vibrant and distinct world, where the visuals matched the bold statement and aimed to create ads that don‘t look like car ads, that had to work in over 32 markets. 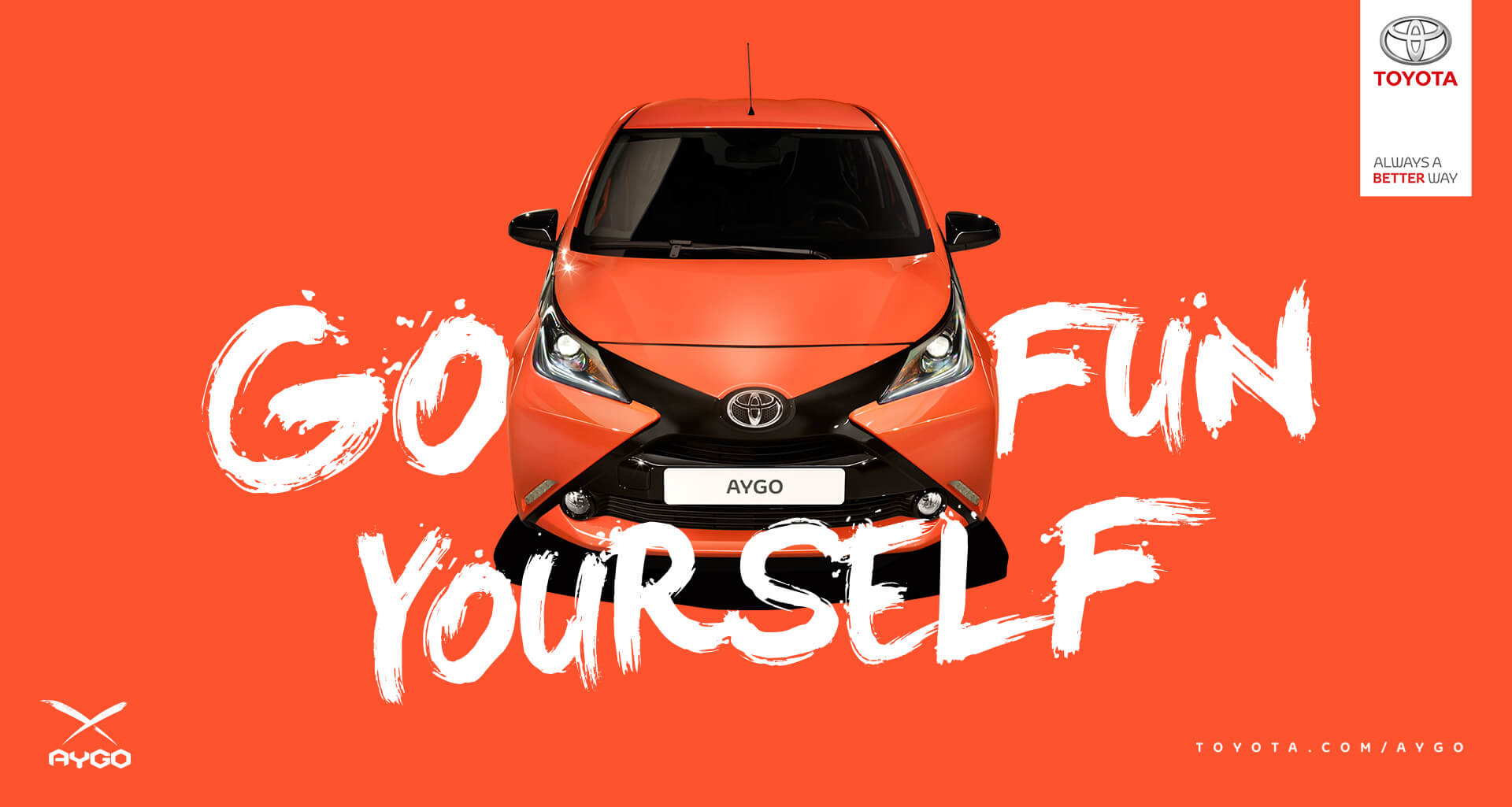 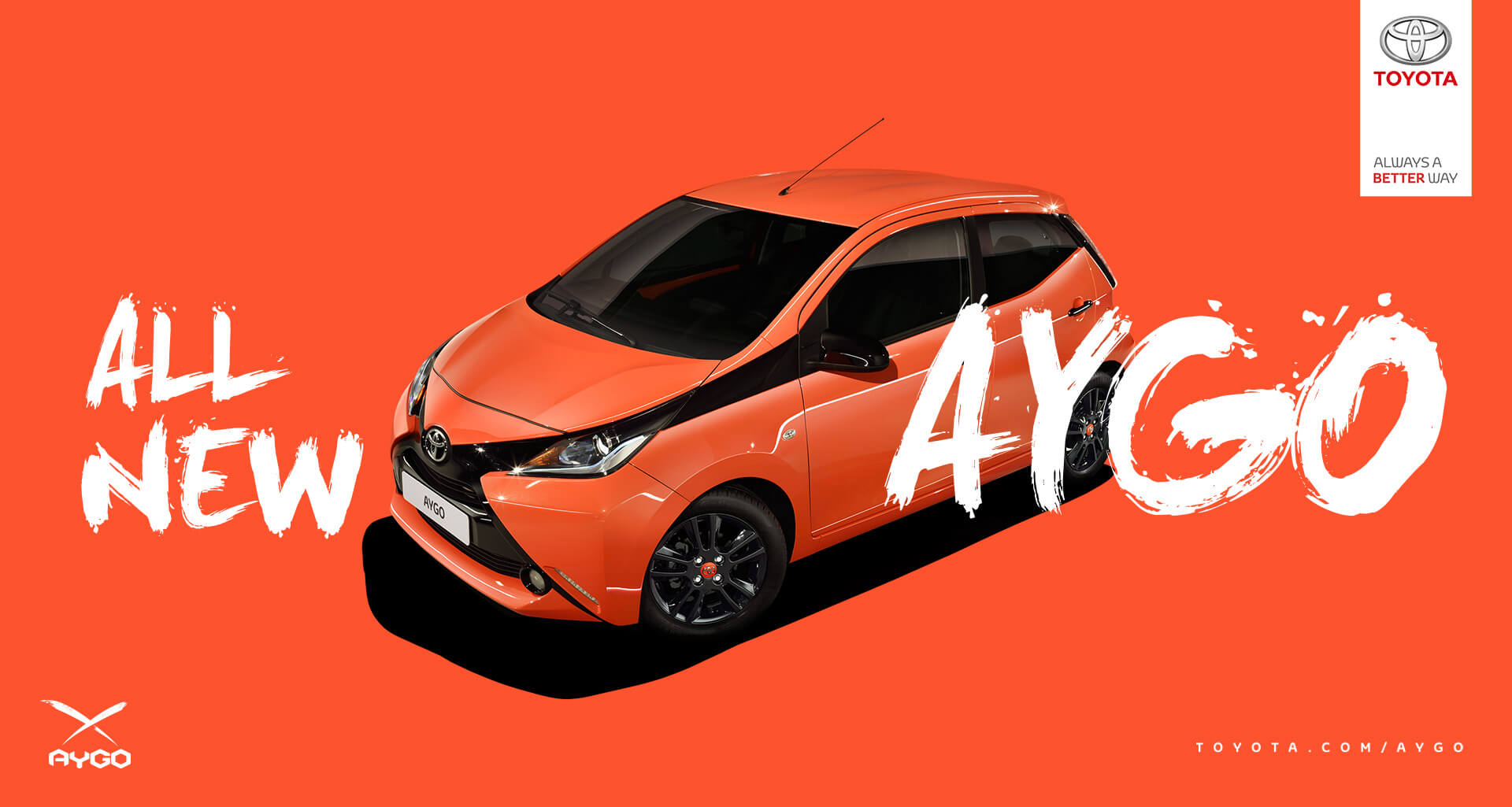 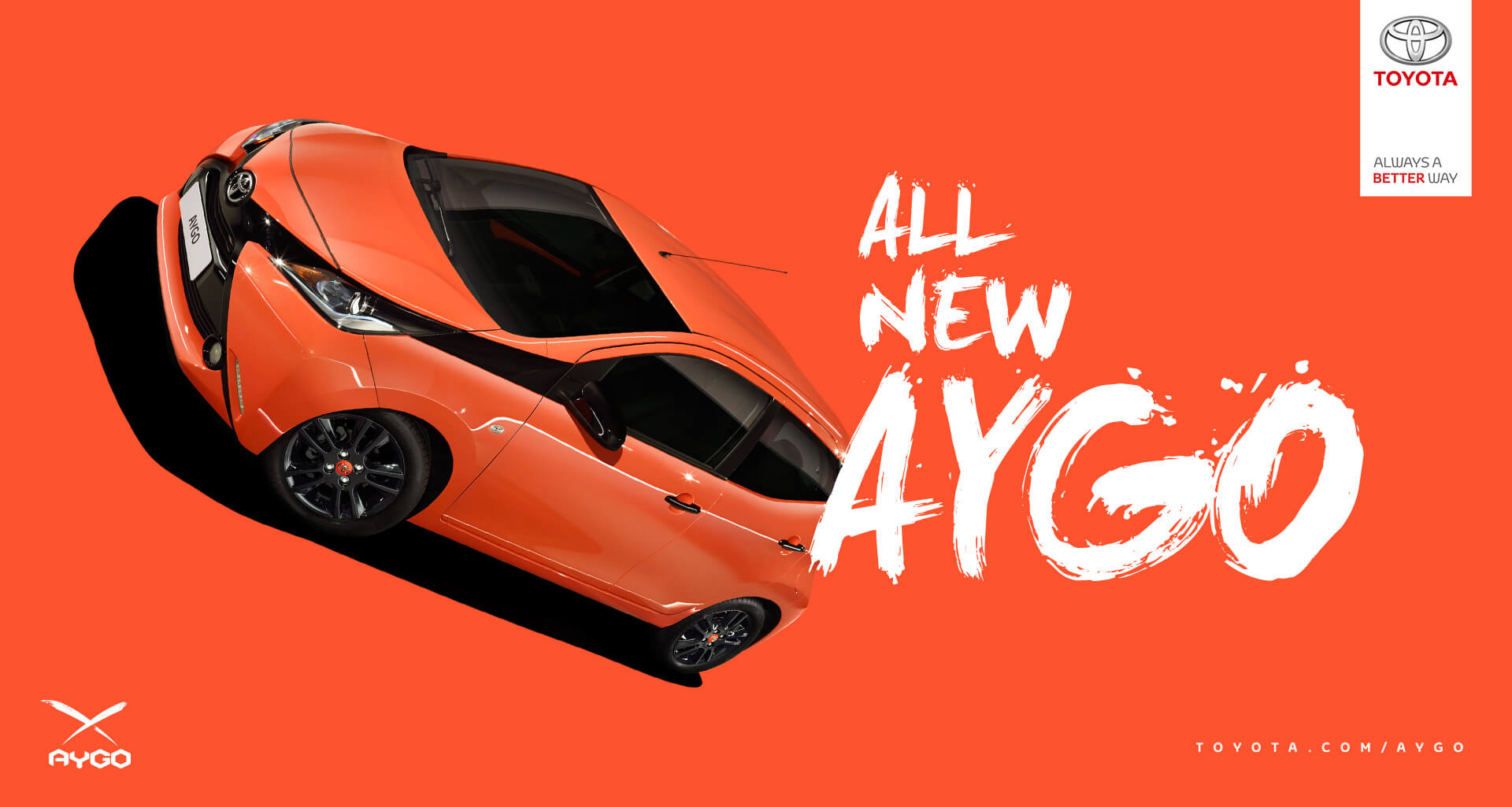 The launch phase was when most of the assets had to be fully developed, including car photography, typeface (including eastern/western accents, Russian and Greek glyphs) and a wide range of brand and retail ads.

To guide all 32 markets, a launch guideline was created and all assets were supplied to create a consistent campaign. 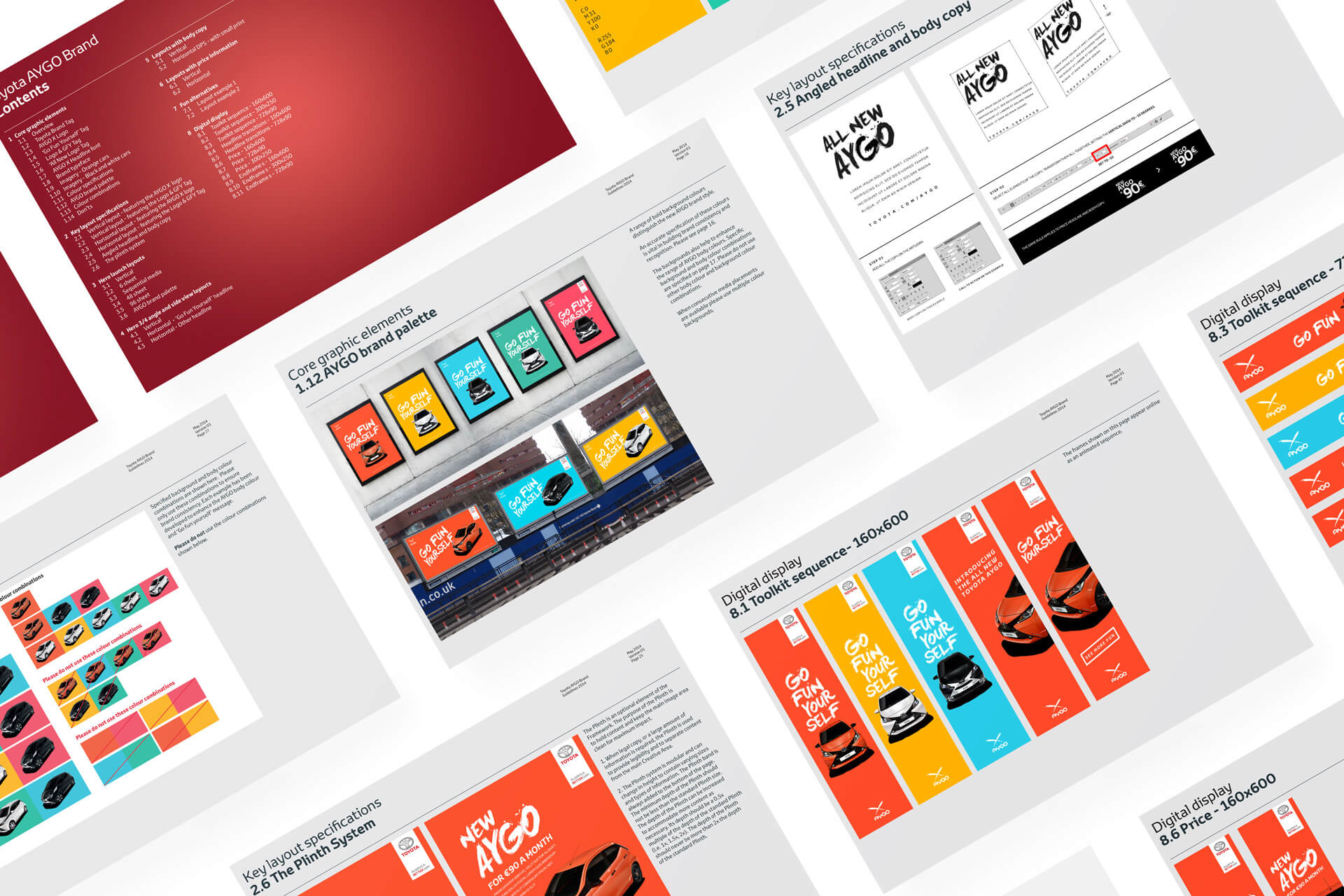 For this 360 campaign, we wanted to create some recognisable fun assets that, alongside the campaign look, could be used everywhere in an ownable way, from TVC to digital banners.

With the challenge of making something fun while showing how customisable this car is at the end of the TV spot, we came up with the idea of doing a doughnut that reveals different colour combination and possibilities while the car is in motion.

On the website, our idea was to make sure the car was always in the centre of the action, so we came up with a scrolling website, that you would be moving the car while revealing the contents of the website.

We wanted to make this feel like a continuation of the story from the TV - so the doughnut sequence that ended the TVC would be the first thing you see on the website, and the story would continue.

Following the launch phase, I was involved in every model release for Aygo, and had to play on the same tone of voice of the launch, but find interesting ways to enhance the new features.

In the images below, you can see how the Sunroof release (2015) and XCite (2016) was inspired by the campaign look but introduced new elements. All of these launches had to have their own guidelines for the markets and the website had to evolve to highlight the newest model. 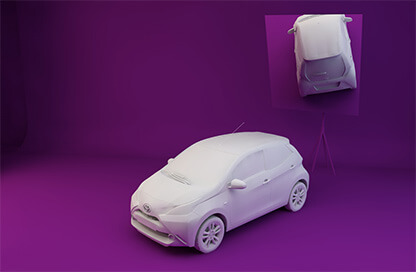 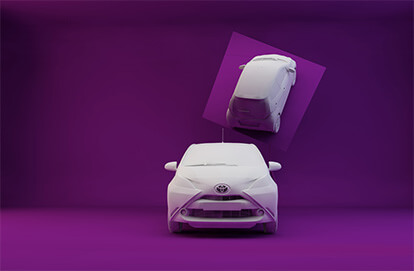 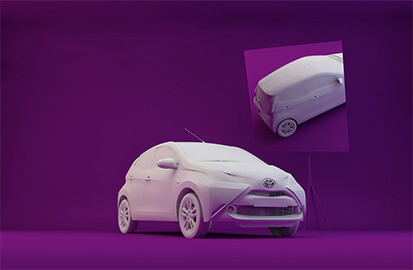 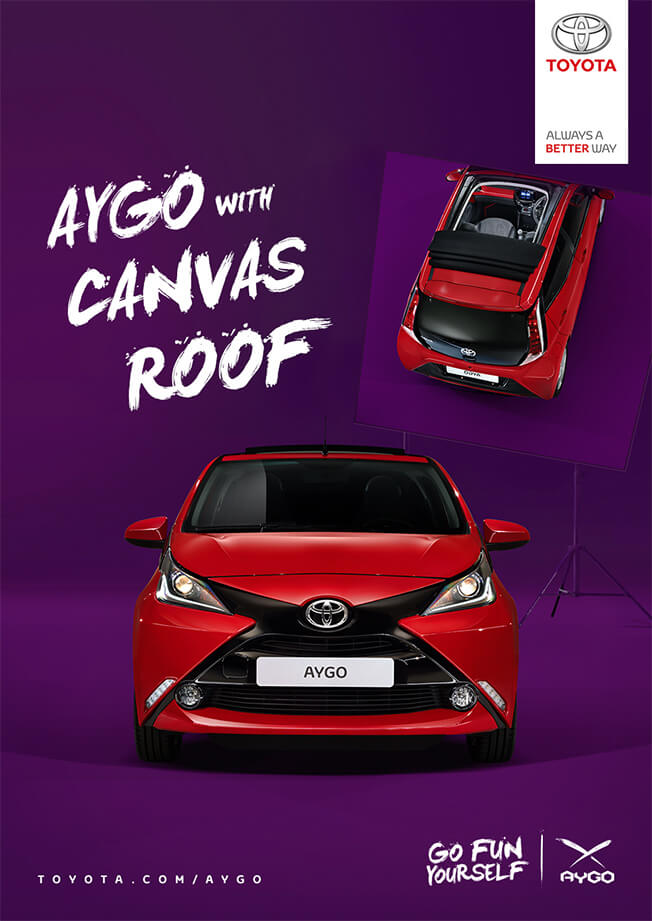 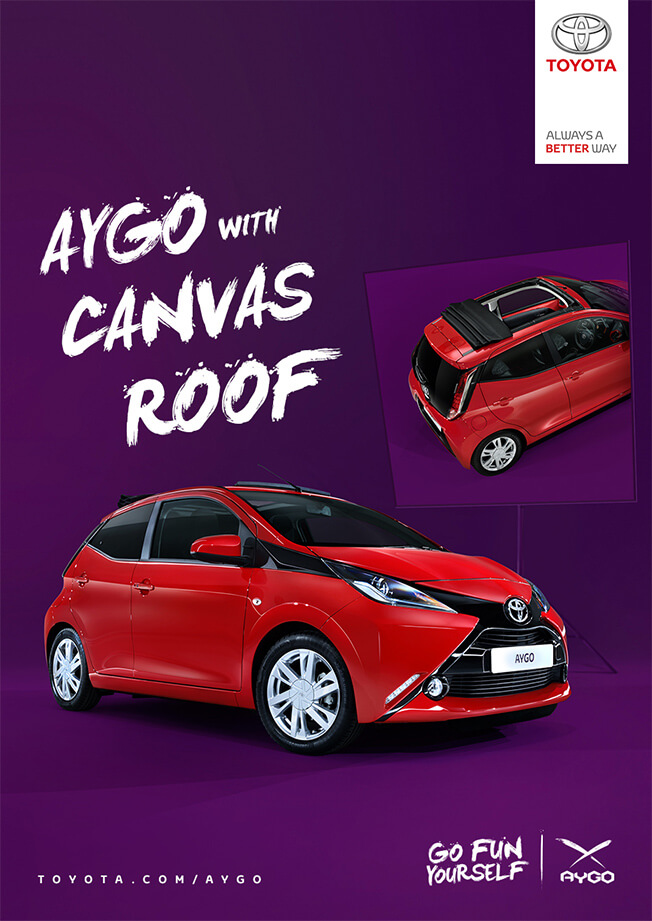 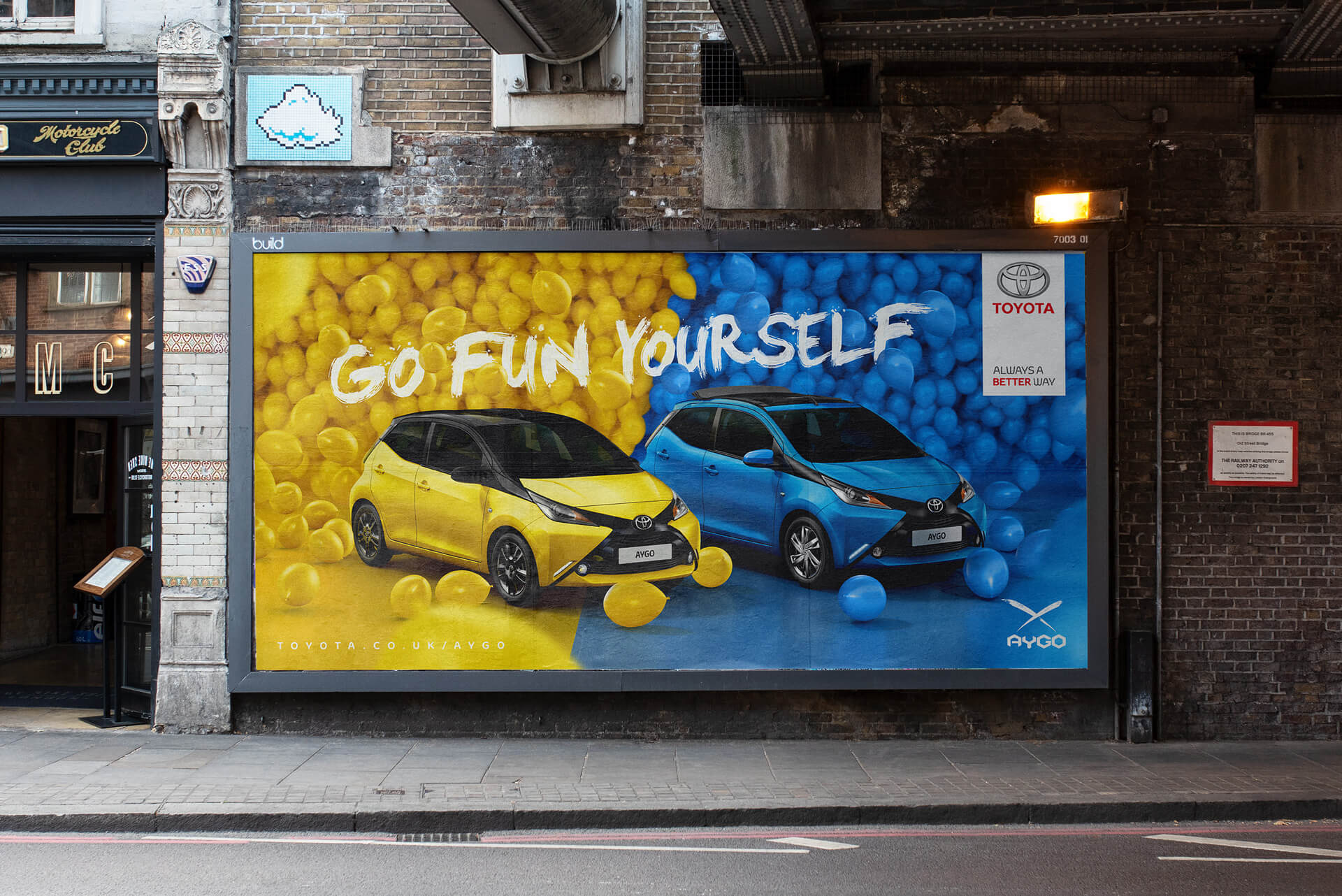 Next Project, The Helpers

Next Project, The Helpers﻿